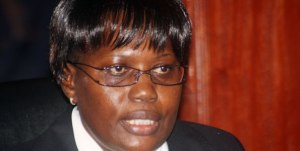 KENYA: It was tears of joy for youthful Mavoko MP Patrick Makau and his supporters after the High Court dismissed a petition challenging his election. 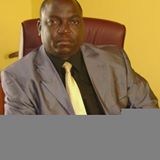 The jubilant fans defied court rules of maintaining total silence the moment Justice Mutende declared she found the election to have been conducted in accordance with the law.

“I find the election to have been fairly and transparently conducted in accordance with the election laws. The verdict of the electoral body must be respected”, she said in during the ruling that took more than an hour.

All petitioners, their lawyers or agents were not in court when the judgment was delivered. They had cited several election malpractices before and during election, among them vote buying, bribery and failure by their agents to sign forms 35.

But Justice Mutende dismissed the claims, arguing the petitioners and their agents failed to prove the allegations beyond reasonable doubt.

She said the burden of proof of all claims by petitioners squarely lay on their hands and that of their agents through their testimonial evidences.

“A high degree of proof is required where vote buying and bribery allegations are concerned. The petitioners failed to do so in this case”, observed the judge.

She further said the petitioners failed to prove claims of cancellations and alterations of results on forms 35 and 36, some of which did not belong to the Independent Electoral and Boundaries Commission.

The judge ruled that failure by agents of petitioners to append their signatures on relevant poll result forms as alleged could not validate the outcome. Returning officer Faith Mugo told the court she declared Makau the winner after he garnered 19,724 votes against the first petitioner Munguti’s 2,426.

She dismissed claims by the petitioners that their agents were chased away from polling and tallying centres.

The MP’s lawyer Alphonse Mutinda had prayed the petition be struck out, arguing it was drawn by an unqualified advocate. Reacting to this, Justice Mutende said the drawer of the petition, Mr Raymond Ongwe, was in contempt of court to appear for a client when he was not qualified. “I should not condone the likes of Ongwe. He was in contempt of court and must be punished accordingly,” declared the judge.

She asked the Law Society of Kenya (LSK) to take disciplinary action against Ongwe. IEBC counsel Ann Wambua had asked the court to dismiss the petition on grounds it was an abuse of court and waste of time for the judiciary.

By MARTIN MUTUA, The Standard

I help you find actionable insight.
View all posts by jayhack2012 →
This entry was posted in Kenya and tagged Kenya. Bookmark the permalink.